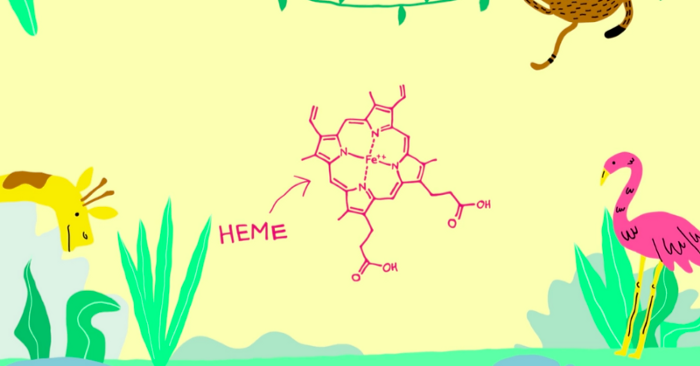 For more than a year, the nongovernmental organization Friends of the Earth (FOE) has been trying to malign and defame Impossible Foods because we use genetic engineering to make delicious, wholesome meat, using simple plant ingredients, without the disastrous environmental impact of animal farming.

Why would a nonprofit purporting to “champion a more healthy and just world” launch a smear campaign against Impossible Foods, a startup whose entire purpose is to eliminate the world’s most destructive technology?

Simple: The US wing of FOE is an anti-science fundamentalist organization that wants to eliminate genetic engineering at any cost, including the lives of people, the health of the planet, and even FOE’s own credibility. This is an organization on the wrong side of history, doomed to irrelevance for failing to acknowledge and embrace reality.

To legitimize its radical agenda, FOE pitches gullible or sensational journalists, spoon-feeding them demonstrably false propaganda and offering them interviews with so-called “experts” who regurgitate FOE’s fear mongering. It’s sad when otherwise credible news outlets publish the FOE’s misinformation and as a result suffer long-term hits to their reputation.

Fortunately, many good journalists call actual experts, and columnists call out the inanity of FOE. Just as mainstream media no longer cover global warming as a “debate,” many news outlets refuse to sensationalize or stoke fear around GMOs, which we consume daily. (Got cheese?) So while we must continue to endure the bias of Bloomberg (not a trusted source of reporting on science or GMOs), we are encouraged by the high-profile story of former GMO activist and writer Mark Lynas.

With that background — fewer high-credibility news outlets willing to give credibility to FOE — the increasingly desperate and isolated outfit went back to Bloomberg for coverage of its self-published, baseless “report” earlier today. And, predictably, the Bloomberg article and the FOE fiction writing it’s based on is full of cynicism, misinformation and laugh-out-loud lies — but short on facts and context.

There are too many errors to refute line by line — but let’s set the record straight on the three important points:

Genetically modified organisms have been part of our food system for decades — and they’re more important now than ever before. We have to feed a growing population, with warmer temperatures, altered weather patterns and more severe droughts, floods and heatwaves.

GMOs are an important means of helping farmers feed the world — and feed the world safely, which is why the FOE smear campaign never mentions extensive data on the subject of safety.

The American Association for the Advancement of Science stated in 2012, “The science is quite clear: crop improvement by the modern molecular techniques of biotechnology is safe. Consuming foods containing ingredients derived from GM crops is no riskier than consuming the same foods containing ingredients from crop plants modified by conventional plant improvement techniques.” A half-decade later, there’s even greater scientific consensus about the health and safety of genetically engineered crops.

But FOE is the enemy of science and data, even when lives are at stake. Vaccines prevent the deaths of 2–3 million people each year — yet FOE (and its partner propagandists at the anti-vax Organic Consumers Association) dismisses vaccines and other lifesaving drugs developed from genetic engineering, such as insulin, blood thinners and synthetic hormones, as risky “biopharming.” FOE fearmongers call life-saving vaccines — which have been widespread since the 1960s — “an experimental application of biotechnology.”

Similar to the bogus claims that stoked the anti-vax movement, FOE portrays companies that use genetic engineering as lax on testing and compliance. This is farcical. Scientists exhaustively tested the Impossible Burger, which complies with all food-safety regulations everywhere it’s sold.

An objective, third-party team of the nation’s top food researchers unanimously concluded in 2014 that the Impossible Burger’s key ingredient, soy leghemoglobin (produced by a genetically engineered yeast), is “generally recognized as safe.” The panel made this conclusion in 2014, well before we began selling the Impossible Burger on the market in 2016.

In addition to filing test data with the FDA, Impossible Foods voluntarily submitted comprehensive test data, analysis and interpretation in two separate scientific articles to the respected academic journals International Journal of Toxicology and Molecular Nutrition and Food Research. The journals subjected the articles and accompanying data to their independent, anonymous peer review process. Impossible Foods had no role in choosing the academic peer-reviewers; we don’t don’t even know who they are. Based on the strength of the data itself, without any input from Impossible Foods, and on the recommendation of the anonymous expert peer-reviewers, both journals’ editors accepted our articles and findings for publication.

We are doing this voluntarily — because we believe people deserve transparency. We want to give people confidence in the safety of our product and the rigor of our testing.

One more important note about safety testing: FOE has pitched many journalists on the notion that, in the course of extensive safety testing, Impossible Foods reported 46 “unknown” proteins found in yeast. This number is a fraction of the hundreds of thousands of different proteins in “meat” from animal cadavers, cheese, yeast, our own bodies and in everything we eat every single day that are still “unknown.” Scientists use the labels “unknown” or “hypothetical” for proteins whose biological function haven’t yet been fully characterized.

If you analyze any food (including “beef” from cow cadavers), you will find thousands of different proteins, many of which are similarly “unknown” or “hypothetical” — and, unlike the proteins in the Impossible Burger’s soy leghemoglobin, virtually none of these proteins from ground beef from cows or other foods have passed extensive safety testing for toxicity and allergenicity. And even though the overwhelming majority of proteins in any food you eat, or in nature, are neither toxic nor allergenic, we searched the scientific literature and carried out a sophisticated analysis of the amino-acid sequences of these proteins to search for any signs of toxicity or allergenicity risk. We found none. Moreover, our meticulous and comprehensive tests with rats were all performed on our soy leghemoglobin ingredient, including all of its additional yeast proteins, in vastly greater relative quantity than any human could consume; the studies found no hint of toxicity or untoward effects.

Everything is scarier in the dark, so FOE often falsely alleges that Impossible Foods hides its use of genetic engineering and is less than transparent about its technology. This is blatantly false.

We highlight our use of genetic engineering in our online FAQ, video, news releases, special reports, blog, extensive test data voluntarily filed with the US Food and Drug Administration and with media, including interviews about genetic engineering with publications such as San Francisco Chronicle, Reuters, Guardian, BBC and many more (including articles published well before and well after the 2016 launch of the Impossible Burger).

We provide regular open-house tours for customers, media, students and other community members at our R&D facility, including our genetic engineering microlab. Unlike other companies, we have never hidden or avoided this essential and benign tool for our mission to replace the world’s most destructive technology — and that’s precisely why anti-science groups target us: We proudly highlight our use of genetic engineering to accomplish precisely what these cynical organizations falsely claim to stand for — saving the planet from environmental catastrophe!

Impossible Foods won’t be cowed by anti-science, anti-vaccine ideologues at FOE. Neither should you.

If you’d like a deeper understanding of Impossible Foods and the Impossible Burger, check out our online FAQ. Hungry for details? Read more in the What IF? blog, which specifically answers all your questions about our genetic engineering, the extraordinary safety record of our key ingredient, and our mission to eliminate animal agriculture. After you digest all that info, we’re sure you’ll want to find the closest place to score a delicious, wholesome Impossible Burger.