One mission, many ways: 7 earth-forward companies we know and love 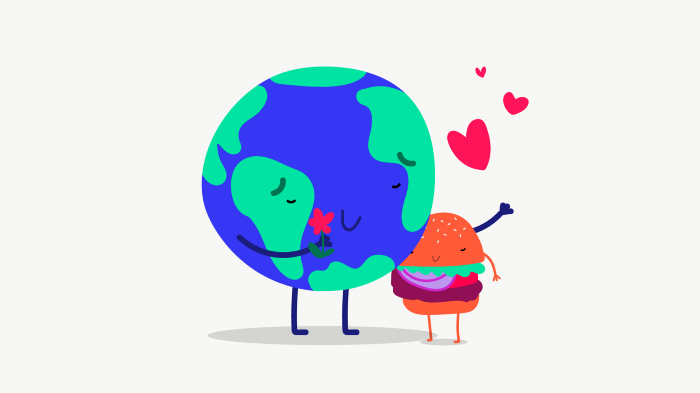 Impossible Foods was founded with an ambitious mission: to restore biodiversity and reduce the impact of climate change by replacing the use of animals as a food production technology. This commitment is at the core of everything we do. It’s the driving force that motivates us. And we know we aren’t the only ones.

In honor of Earth Day this year, we took a look at other companies who share our mission to save the planet by empowering consumers to make good choices in everyday life. There are many more, but here are a few we know and love:

“We’re in business to save our home planet.”

Like many other planet-forward companies, Patagonia uses all resources at their disposal to make an impact. Patagonia’s founder, Yvon Chouinard, was key to the establishment of “benefit corporations” — expanding the boundaries of traditional corporate models to include creation of environmental and social good. Famously known as “The Activist Company,” Patagonia doesn’t limit their work to the products they make: they use their corporate platform to champion important environmental issues, including the preservation of Bears Ears National Park, the Green New Deal, and more. Learn more about Patagonia’s mission on their website.

“Tesla’s mission is to accelerate the world’s transition to sustainable energy.”

Founded on the belief that sustainability doesn’t have to come at the cost of quality, Tesla has helped universalize the concept of electric personal transit. With their vehicles alone, they have prevented over 4 million tonnes of carbon dioxide from entering the atmosphere — not to mention the tangential impact of other car companies following their lead. In the spirit of moving toward a zero-emission future, Tesla has now expanded their efforts to create a sustainable energy ecosystem — releasing products like Powerwall, Powerpack and Solar Roof. Learn more about Tesla’s mission on their website.

“thredUP is on a mission to inspire a new generation of shoppers to think secondhand, first.”

The fashion industry is notoriously harmful to the environment. Every year, new clothing production contributes billions of pounds of waste to our landfills — in addition to using precious natural resources and polluting our atmosphere. thredUP encourages more people to give clothes a second life before buying something new. Their ultimate goal is to change the way new generations think about used clothing and in doing so, inspire a movement around sustainable fashion. They’ve crunched the numbers and again, the small actions add up: if everyone chose used over new just once a year, almost 6 billion pounds of emissions, 25 billion gallons of water, and 449 million pounds of waste would be saved. Learn more about thredUP’s mission on their website.

“At Beyond Meat, we believe there is a better way to feed the planet.”

Beyond Meat is one of our many allies in the fight for a more sustainable global food system. Like us, they believe that plant-based protein is the future — one that will improve human health, alleviate climate change, reduce global resource constraints and improve animal welfare. They focus on using familiar vegetable proteins, such as pea-protein and beet juice, to recreate the experience of eating meat. Beyond Meat first launched in Whole Foods, and now has multiple products across retail and foodservice that all have a significantly lower impact on the environment than animal-based protein. Learn more about Beyond Meat’s mission on their website.

“S’well’s ongoing mission is to create products that are both beautiful and eco-friendly, that infuse innovation with inspiration, and that continue to give back to communities in need.”

Sometimes, something as simple as purchasing a reusable water bottle can have a monumental impact. Disposable water bottles are one of the biggest contributors to single-use plastic consumption. Globally, 1,000,000 plastic bottles are purchased every minute, and most of these plastics end up in landfills or waterways. S’well is dedicated to reducing that consumption by providing an alternative that people are excited to use: fashionable, functional, and better for the planet. Learn more about S’well’s mission on their website.

“We’re inspiring a consumer revolution that nurtures the health of the next seven generations.”

For the past thirty years, Seventh Generation has been looking out for the planet and the people on it. Founded on the belief that a company’s values are as important as the products they put out into the world, Seventh Generation has set a gold standard for corporate social responsibility. Their products do more than clean your home — by using plant-based ingredients and recycled packaging, they also safeguard the environment. And they haven’t stopped there: their Social Mission Board continues to raise the bar for sustainable practices to ensure a continued dedication to people and planet. Learn more about Seventh Generation’s mission on their website.

“TerraCycle is Eliminating the Idea of Waste® by recycling the ‘non-recyclable.’”

Though the definition of what is “recyclable” has become increasingly limited, TerraCycle is out to prove that anything can have a second life. Through partnerships with companies, manufacturers, municipalities and more, they’ve implemented a number of solutions to make recycling more feasible for both businesses and consumers. These solutions include free recycling programs, Zero-Waste Boxes (allowing people to send in everything from action figures to flip flops), and a host of educational resources. So far, they’ve successfully diverted millions of pounds of waste from landfills and incinerators — preventing them from polluting our oceans, terra forms, and atmosphere. Learn more about TerraCycle’s mission on their website.

In order to protect the best-known planet in the universe, we’ll need to work together.

We applaud companies with this mindset, and encourage our friends and fans to explore the different ways they can make a positive impact.

Earth Day is an opportunity for us to reflect on the issue at hand and remember why we’re fighting for this great planet. This is why we’re supporting our friends at The North Face (Read about their environmental efforts on their website) to petition to make Earth Day a national holiday — so we can all take time to appreciate this place we call home.

Then, grab a burger, order some groceries, and start your spring cleaning.

For a list of locations currently serving the new recipe of Impossible Burger, check out our website. As always, reach out to [email protected] with any thoughts and questions. We’d love to hear from you.