Setting the record straight: How PETA extremists are undermining their own mission 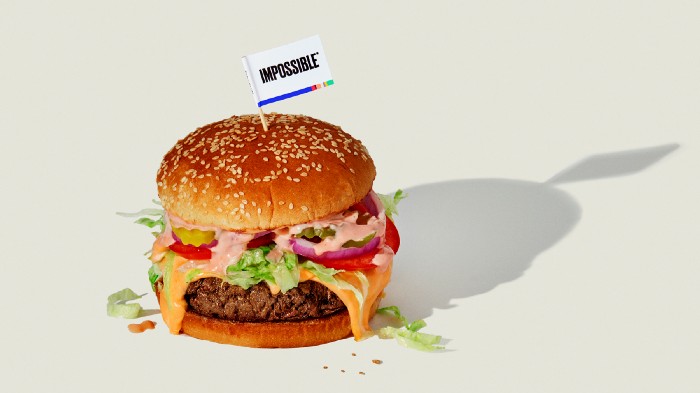 We know that many members of the activist nonprofit People for the Ethical Treatment of Animals sincerely believe in promoting compassion and minimizing harm to all beings. But last August, a few PETA activists launched a misguided attack against Impossible Foods. They mobilized trolls in an attempt to intimidate Impossible Foods and its supporters on social media, bombarded our employees with thousands of auto-generated complaint emails, and tried to disrupt and damage our business.

When some of PETA’s own members questioned the logic of picking on a food tech startup that aims to end animal slaughter, the organization’s militants stepped up their campaign. Last week, they published a malicious, defamatory, erroneous and mendacious op-ed about Impossible Foods. (You can read our unofficial correction to PETA’s propaganda here.)

So why would some members of a nonprofit created to protect animals — particularly animals harmed and exploited for food — want to defame and damage Impossible Foods?

We’re asking the same question ourselves. After all, our ultimate success would end the slaughter of billions of animals per year and save countless billions of wild animals that are being pushed to extinction by the relentless expansion of animal agriculture.

But we take a radically different approach.

The billions of people around the world who love meat and fish and dairy foods will not be persuaded to stop consuming animal-derived foods by pleading, arguing or encouraging them to try a plant-based diet. Unfortunately, none of the vegan products on the market that purport to be substitutes for meat have had a meaningful impact on the demand for meat from animals. We believe that the solution is to create meat that delivers the tastes, aromas, textures and juiciness of meat without compromise, and to do it without using animals — directly from plants.

That’s a hard scientific problem that required us to understand meat better than it had ever been understood before. We discovered something amazing — a simple biochemical answer to the question: “Why does meat taste like meat?” It’s heme, the same iron-containing molecule that carries oxygen in your blood. Read here for a deep dive on heme. Summary below:

Heme is essential for all life on Earth, but animal tissues — “meat” — contain heme at concentrations hundreds to thousands of times higher than found in any vegetable. With heme, we can create meats that hard-core meat lovers can’t recognize as anything other than meat. (In recent blind taste test, about half of people who tried the Impossible Burger preferred it over meat from a cow. In another poll, only 3% of people who order the Impossible Burger said they never eat animal-derived meat, fish or dairy products.)

Here’s how we did it.

We set out to develop a safe and scalable way to produce heme in the huge quantities required to replace the vast quantities of meat from animals, without using animals. And we found a way to do this using yeast, modified with a gene from a plant. Although our heme is completely identical to the heme in animal meat and the heme in your blood, it is made a new way. So we expected questions from the public, and prepared to show consumers and regulatory agencies alike (including the FDA and its international counterparts) — that our heme is completely safe for human consumption.

We believed that there was sufficient compelling scientific evidence for the safety of our heme protein (soy leghemoglobin), and that no rat testing would be required for conclusive proof of its safety. So in 2014, we submitted extensive data (which did not include rat testing) to an academic panel of food safety experts. Based on these data, the panel unanimously concluded that our key ingredient is “generally recognized as safe,” or “GRAS”, that same year — meaning Impossible Foods has been complying with federal food safety regulations ever since.

In addition — for ultimate transparency — we voluntarily decided to take the optional step of providing our data, including the unanimous conclusion of the food-safety experts, to the FDA via the FDA’s GRAS Notification process. The FDA reviewed the data and had some questions, and regulators asked for a rat toxicology study — industry standard for food companies with this GRAS notification.

We were faced with a painful dilemma:

Test, or sacrifice our mission that could save billions of animal lives. We chose to test. But before conducting the rat study, we carefully screened testing companies and selected the one with the most humane practices.

We sought advice from many sources, including a PETA senior laboratory oversight specialist, to make sure we chose the testing lab that employed the most humane practices. We used PETA’s “CRO Checklist” for guidance in requesting the most humane handling, housing and testing practices available.

As expected, the rats suffered zero adverse effects from consumption of leghemoglobin even at levels vastly greater than any human would ever consume. Based on our rigorous test data, including the rat-feeding study, the FDA confirmed last week it has no questions about the safety of our key ingredient. This clears the way for having more large restaurant chains and additional international markets serve the Impossible Burger — ultimately sparing the lives of billions of animals, both wild and domesticated.

To be clear, Impossible Foods intends to eliminate the need for animals as a food source by creating delicious, nutritious, and affordable plant-based meat, fish and dairy. Our success, and of those like us, could do more for animal welfare than any other entity in history. It is astounding that PETA, which claims to champion animal welfare, would demonize us solely because of a rat test that we did not wish to perform, that US food safety regulators requested, and that we performed in consultation with PETA management itself.

If you’d like a deeper understanding of Impossible Foods, read more in the What IF? blog, which specifically answers all your questions about why we made the agonizing decision to test on animals, the extraordinary safety record of our key ingredient, our awesome use of genetic engineering, and our mission to eliminate animal agriculture. After you digest all that info, we’re sure you’ll want to find the closest place to score a delicious, plant-based Impossible Burger.