Made in Oakland: A look into Impossible Foods’ roots in the East Bay

Last week, we announced the news that the Impossible Burger is available in over 1000 restaurants across the US, and is now being served at the Oakland Coliseum, the first sports arena ever to serve the Impossible Burger — right where it’s made. Here’s what it means for us to be Made in Oakland. 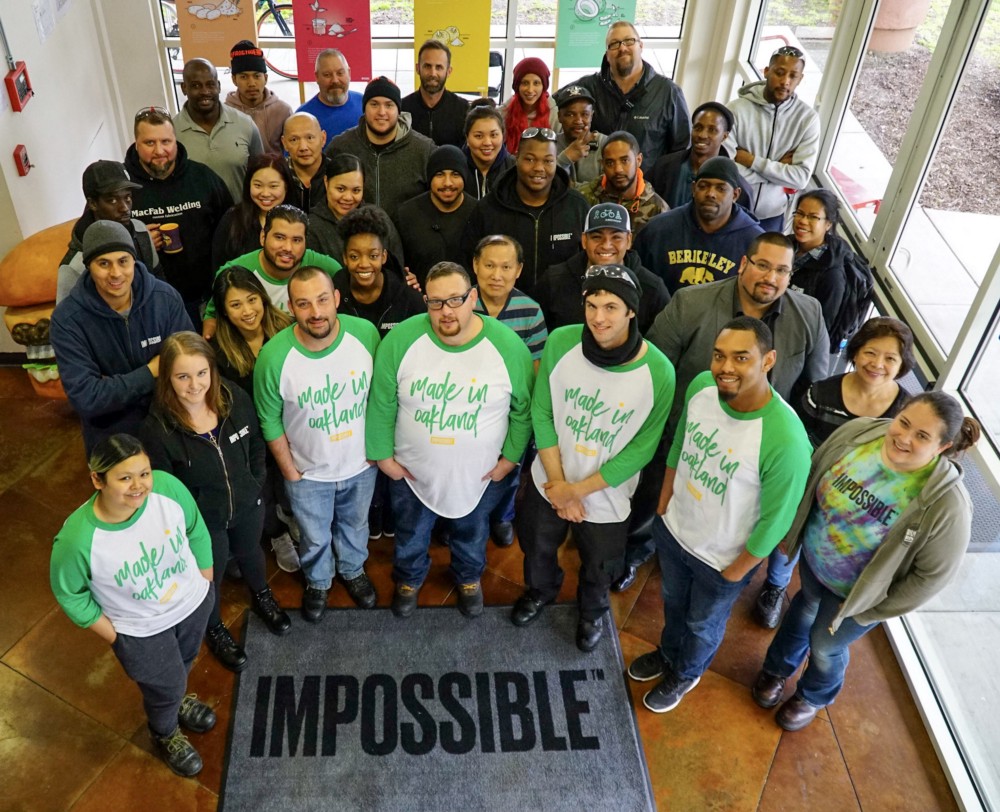 Today, one year from the facility’s inauguration and six months after its official launch (September 2017), we’ve hired 52 full-time employees at Oakland, doubled our company headcount, ramped production up to 500,000 pounds per month, and begun serving over 1,000 restaurants. We’ve partnered with a series of local, regional, and national restaurant and foodservice companies, including Shakewell (our 1000th customer) and the Oakland Alameda Coliseum, both beloved by the local Oakland community.

As most know, Oakland has strong roots in manufacturing, art, and social and political activism. Until the late 1940s, the city produced more canned food than any other city in the U.S., and was the second largest manufacturing hub for the metalworking and machinery industries. Today, Oakland is home to 24 million square feet of manufacturing, distribution, and storage facilities and a civilian labor force of 1,412,100 people. It remains the birthplace of influential icons and grassroots organizations — from Tom Hanks to Tupac to the Black Panther Party — and a central hub for movements like Occupy and Black Lives Matter. It’s a city that cultivates talented manufacturing professionals, architects, engineers, artists, philanthropists, and is driven by justice, compassion, and action.

When scouting locations for our first large-scale production facility, we had a few main criteria: sustainability, proximity to our research headquarters, and talent. 550 85th Avenue was previously owned by Just Desserts, an award-winning premium desserts and sweet snacks company, which needed a larger space for its expanding business. The facility they left behind was an existing building that wouldn’t require the raw materials necessary for new construction projects and was located about 35 miles from our headquarters across the Bay (45 minutes without traffic), in the heart of Alameda County, a manufacturing hub — in other words, the perfect match. 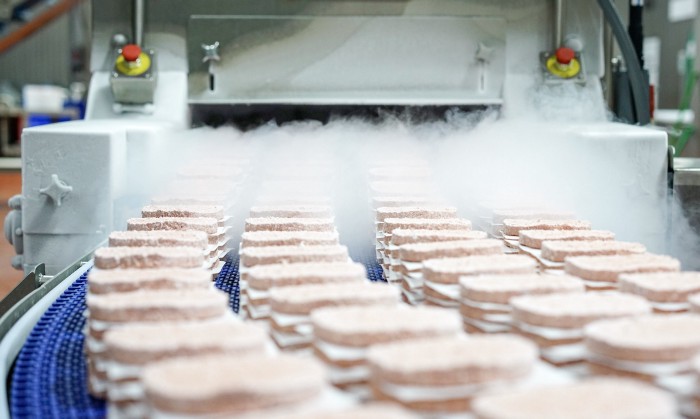 Our next milestone — 12 million pounds of Impossible Burger produced per year — will translate to the sparing of greenhouse gases equivalent to removing 60,000 US drivers from road per year, water equivalent to 40 million showers, and land greater than two times the size of Oakland — enough burgers to feed a meal to the entire population of Oakland 4.75 times (according to the 2016 census). But it’s a tiny drop in the bucket of our global population and consumption of meat, not to mention fish and dairy. Our ultimate goal is to replace animals as a food production technology in the entire global food system. In the last four decades, meat consumption has tripled worldwide, and it’s continuing to rise.

Nonetheless, 1000 restaurants means 1) proven demand for the Impossible Burger 2) the fulfillment of the promise we made to ourselves and the public, and most importantly 3) the resources to fuel our growth, and therefore, our mission. Which means more shifts, more employees, more equipment, and more burgers — and therefore more jobs, more land and water conserved, GHG emissions reduced, and cows saved — a small yet significant step toward accomplishing that mission. 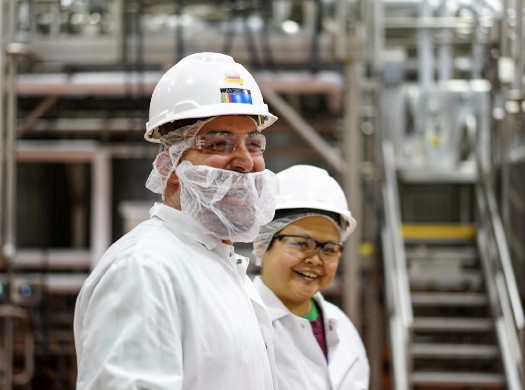 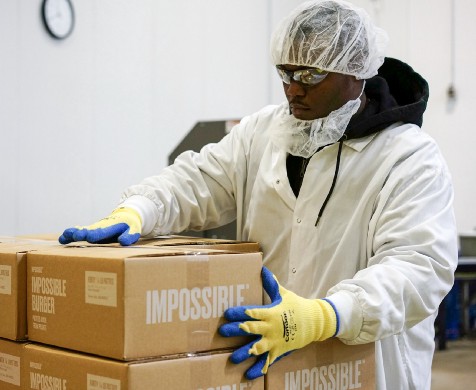 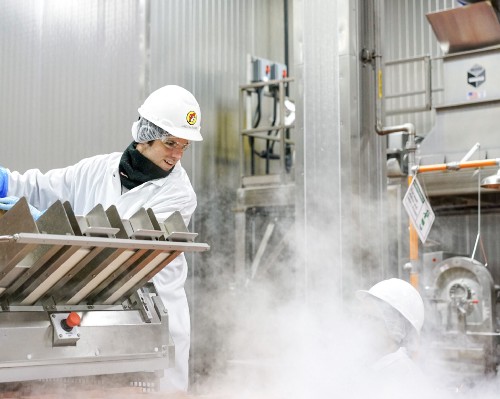 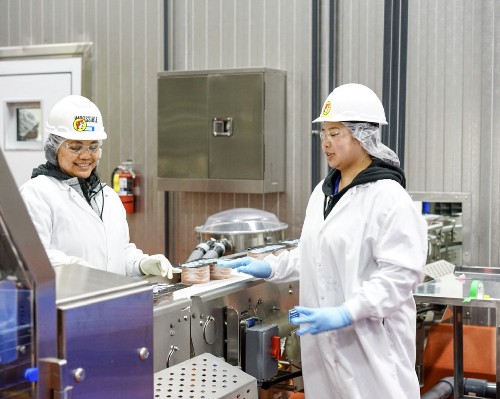 Oakland Team members at work on the Manufacturing Floor

We’ve been called a “Silicon Valley” company, but we wouldn’t have gotten this far without our Oakland team, customers, and greater community, who have enabled the success of the Impossible Burger and company. About 15% of our team currently resides in Oakland, and by the end of next year, as we expand capacity, nearly a quarter of our team will be working out of our Oakland office. We are inspired by those who have come before us, grateful to those who have paved the way for us, and honored to be a part of this city.

We may be headquartered in Redwood City, but as Mayor Schaaf said last year, we’re “hella Oakland.” 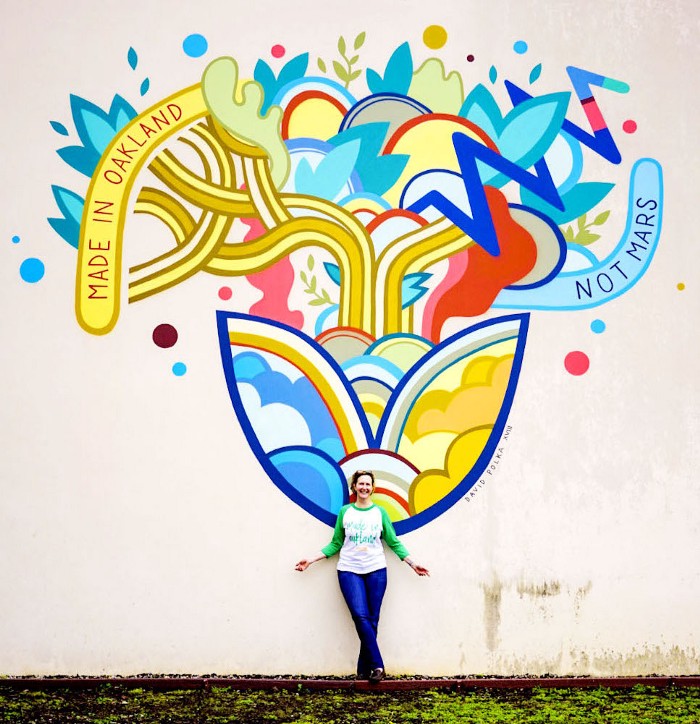 A shout-out to the restaurants in Oakland serving the Impossible Burger: